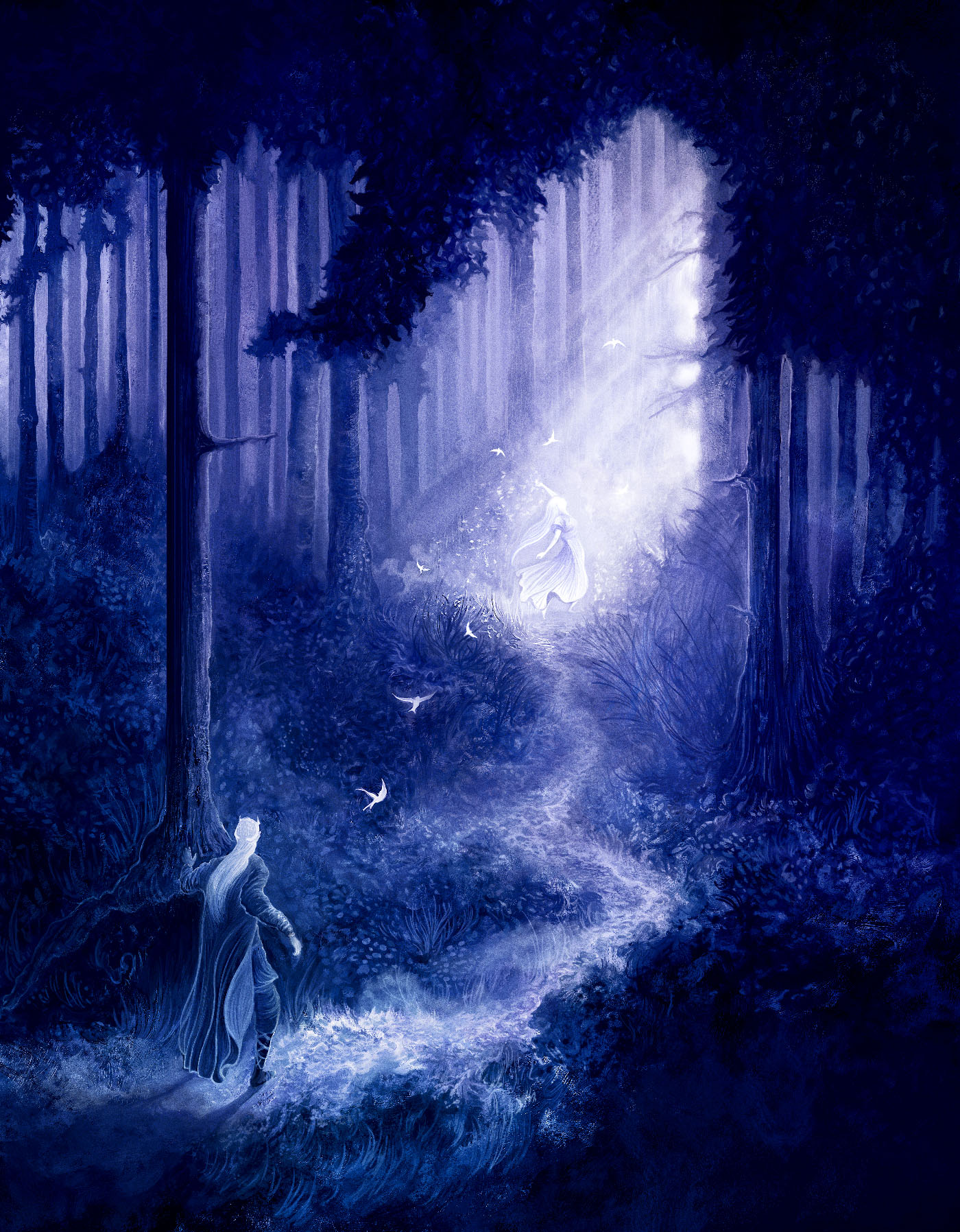 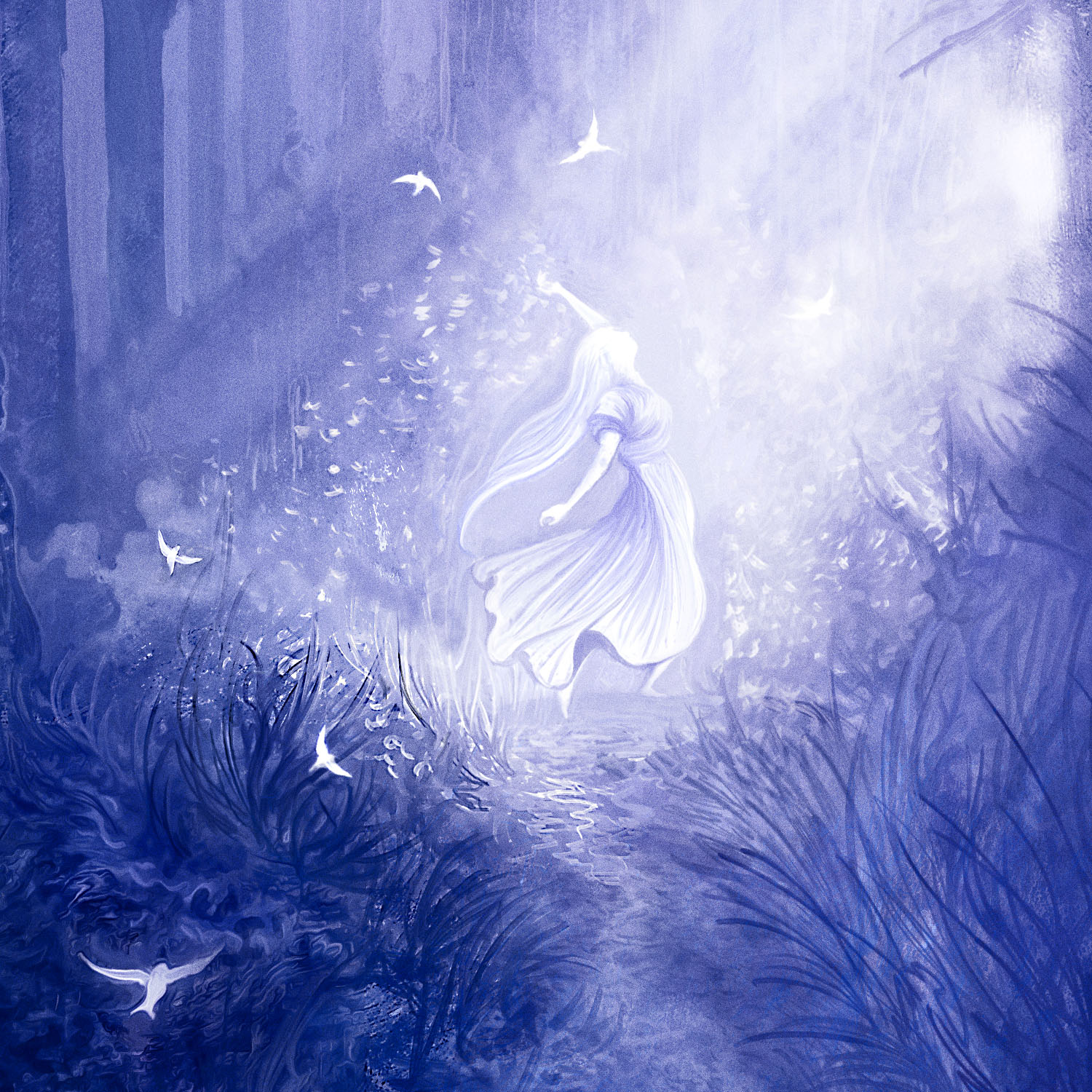 “Elwë, lord of the Teleri, went often through the great woods to seek out Finwë his friend in the dwellings of the Noldor; and it chanced on a time that he came alone to the starlit wood of Nan Elmoth, and there suddenly he heard the song of nightingales. Then an enchantment fell on him, and he stood still; and afar off beyond the voices of the lómelindi he heard the voice of Melian, and it filled all his heart with wonder and desire. He forgot then utterly all his people and all the purposes of his mind, and following the birds under the shadow of the trees he passed deep into Nan Elmoth and was lost. But he came at last to a glade open to the stars, and there Melian stood; and out of the darkness he looked at her, and the light of Aman was in her face.

She spoke no word; but being filled with love Elwë came to her and took her hand, and straightway a spell was laid on him, so that they stood thus while long years were measured by the wheeling stars above them; and the trees of Nan Elmoth grew tall and dark before they spoke any word.”

~The Silmarillion: Of Thingol and Melian