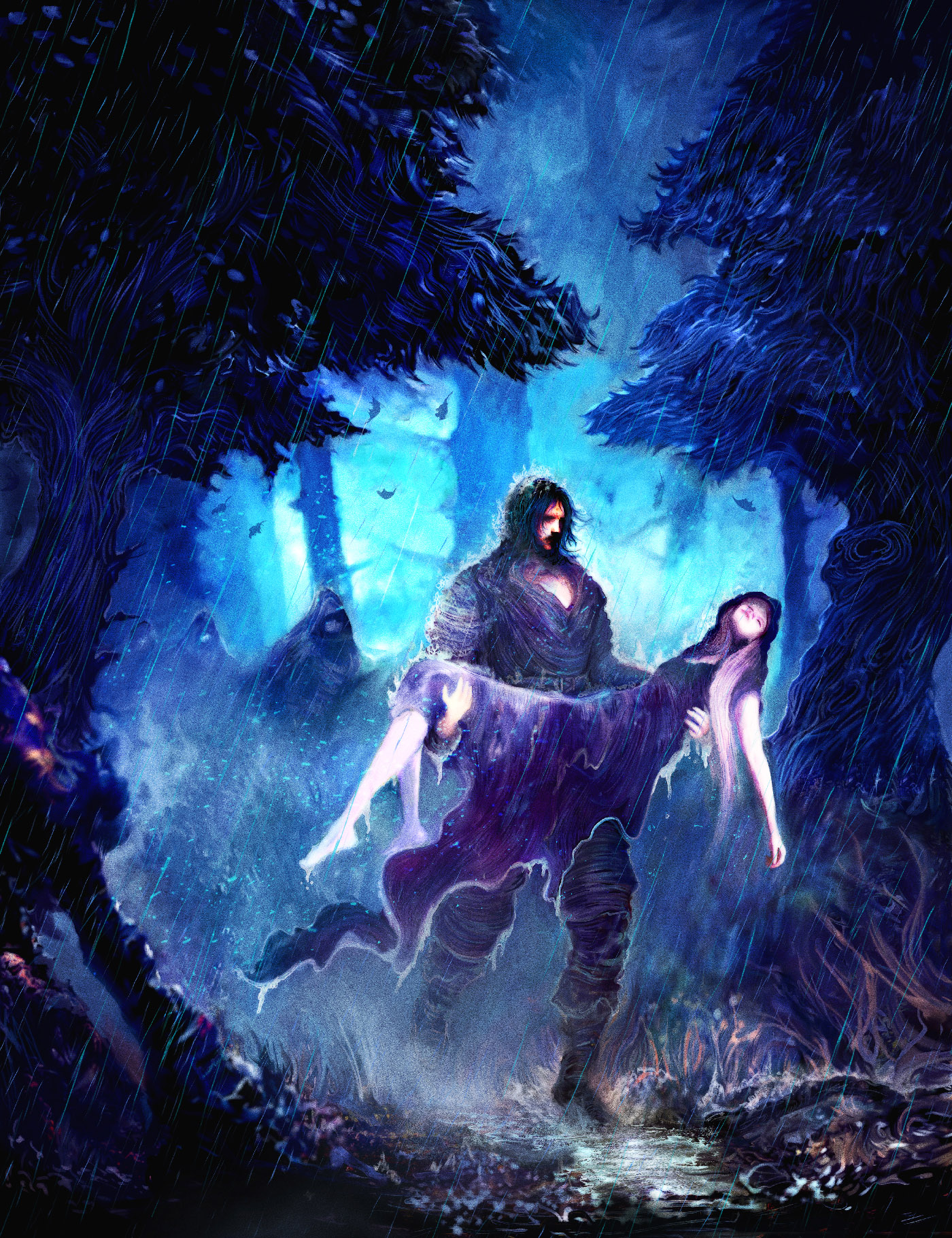 “But Nienor ran on into the woods until she was spent, and then fell, and slept, and awoke; and it was a sunlit morning, and she rejoiced in light as it were a new thing, and all things else that she saw seemed new and strange, for she had no names for them. Nothing did she remember save a darkness that lay behind her, and a shadow of fear; therefore she went warily as a hunted beast, and became famished, for she had no food and knew not how to seek it. But coming at last to the Crossings of Teiglin she passed over, seeking the shelter of the great trees of Brethil, for she was afraid, and it seemed to her that the darkness was overtaking her again from which she had fled.

But it was a great storm of thunder that came up from the south, and in terror she cast herself down upon the mound of Haudh-en-Elleth, stopping her ears from the thunder; but the rain smote her and drenched her, and she lay like a wild beast that is dying. There Turambar found her, as he came to the Crossings of Teiglin, having heard rumour of Orcs that roamed near; and seeing in a flare of lightning the body as it seemed of a slain maiden lying upon the mound of Finduilas he was stricken to the heart. But the woodmen lifted her up, and Turambar cast his cloak about her, and they took her to a lodge nearby, and warmed her, and gave her food. And as soon as she looked upon Turambar she was comforted, for it seemed to her that she had found at last something that she had sought in her darkness; and she would not be parted from him.“

~The Silmarillion: Of Túrin Turambar