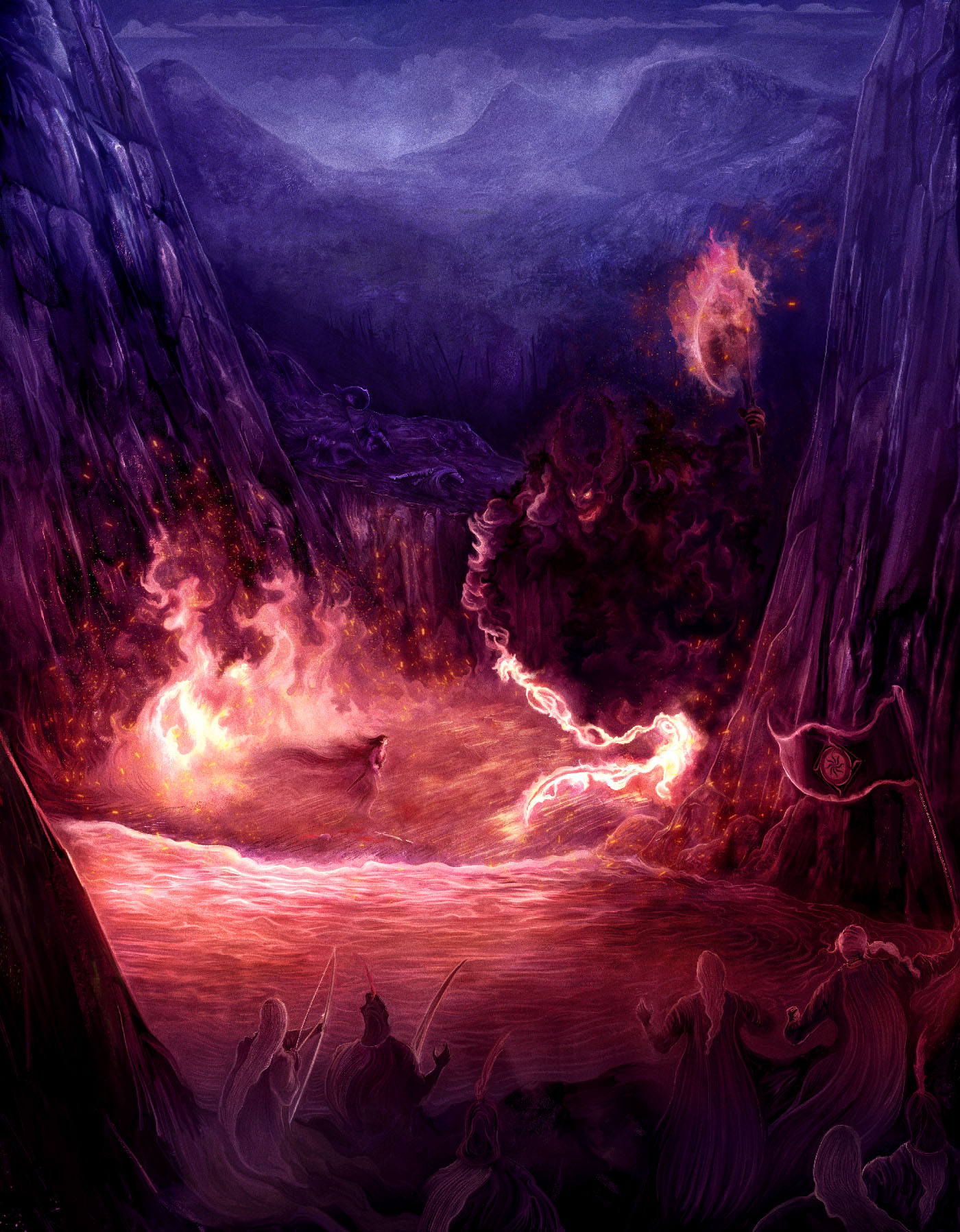 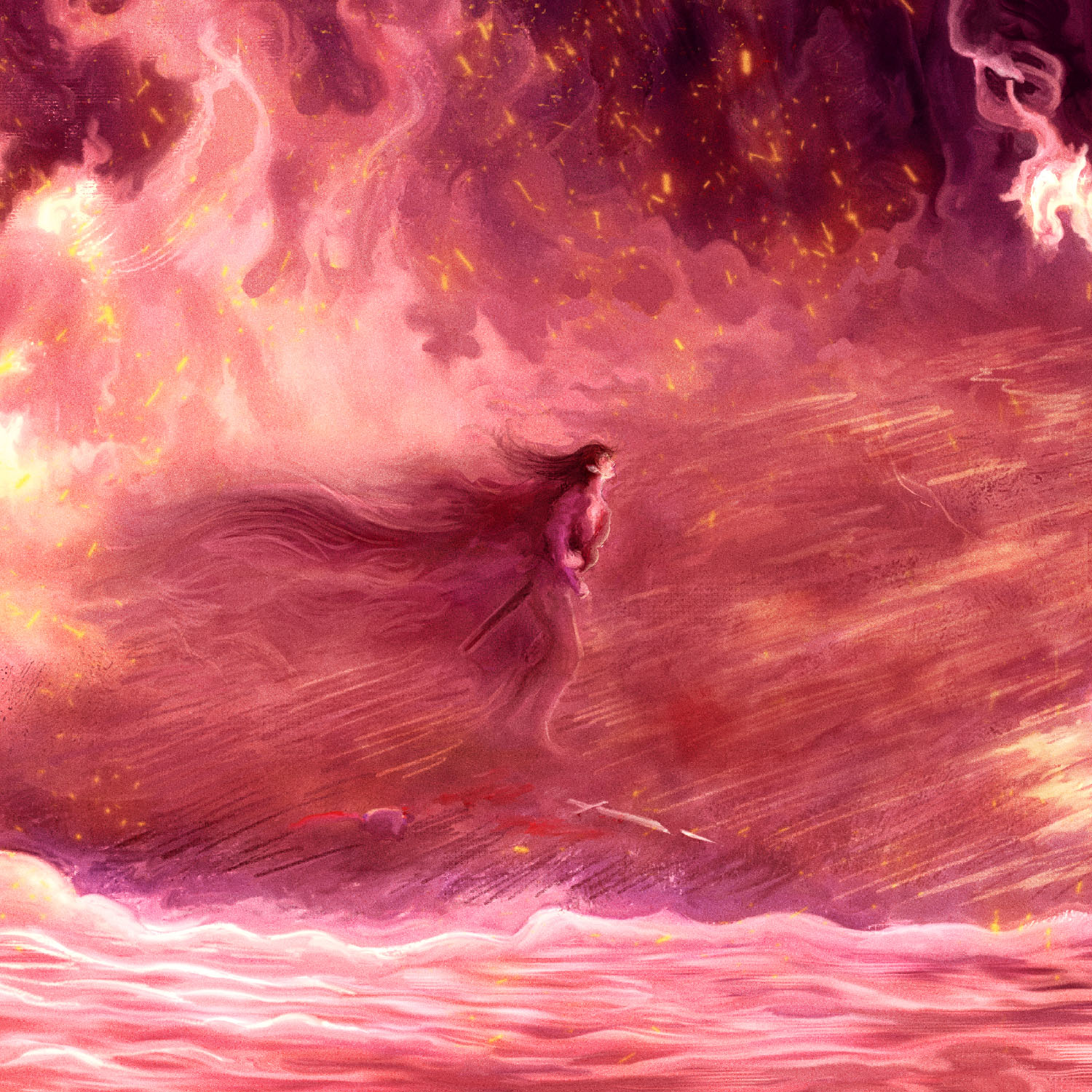 The end of Fëanor

“For Fëanor, in his wrath against the Enemy, would not halt, but pressed on behind the remnant of the Orcs, thinking so to come at Morgoth himself: and he laughed aloud as he wielded his sword, rejoicing that he had dared the wrath of the Valar and the evils of the road, that he might see the hour of his vengeance. Nothing did he know of Angband or the great strength of defence that Morgoth had so swiftly prepared: but even had he known it would not have deterred him, for he was fey, consumed by the flame of his own wrath. Thus it was that he drew far ahead of the van of his host; and seeing this the servants of Morgoth turned to bay, and there issued from Angband Balrogs to aid them. There upon the confines of Dor Daedeloth, the land of Morgoth, Fëanor was surrounded, with few friends about him. Long he fought on, and undismayed, though he was wrapped in fire and wounded with many wounds; but at the last he was smitten to the ground by Gothmog, Lord of Balrogs, whom Ecthelion after slew in Gondolin. There he would have perished, had not his sons in that moment come up with force to his aid; and the Balrogs left him, and departed to Angband.

Then his sons raised up their father and bore him back towards Mithrim. But as they drew near to Eithel Sirion and were upon the upward path to the pass over the mountains, Fëanor bade them halt; for his wounds were mortal, and he knew that his hour was come. And looking out from the slopes of Ered Wethrin with his last sight he beheld far off the peaks of Thangorodrim, mightiest of the towers of Middle-earth, and knew with the foreknowledge of death that no power of the Noldor would ever overthrow them; but he cursed the name of Morgoth thrice, and laid it upon his sons to hold to their oath, and to avenge their father. Then he died; but he had neither burial nor tomb, for so fiery was his spirit that as it sped his body fell to ash, and was borne away like smoke; and his likeness has never again appeared in Arda, neither has his spirit left the halls of Mandos. Thus ended the mightiest of the Noldor, of whose deeds came both their greatest renown and their most grievous woe.”

~The Silmarillion: Of the Return of the Noldor